Training in the Triple Threat – 34 Ways to Create Space 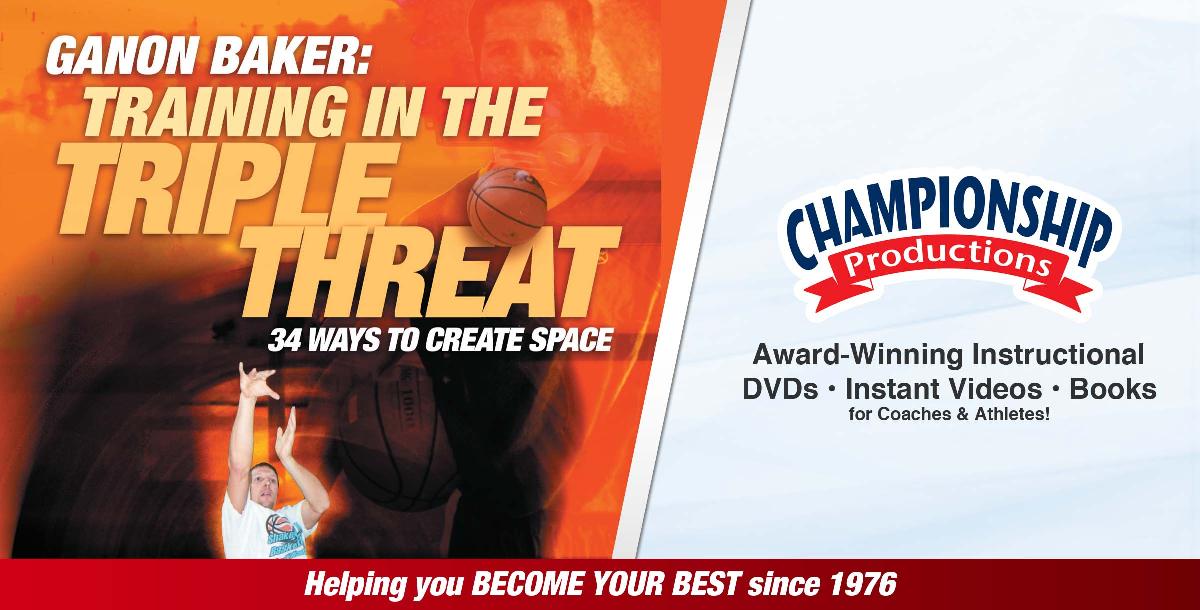 World renowned for his unique teachings of the “Triple Threat”, Ganon Baker brings his 30 years of experience to make you a lethal scorer without every needing a dribble.

In this instructional basketball video course, Baker breaks down over 30 different moves out of the “Triple Threat” position using on-the-court demonstrations with players of unique skill sets. Showing the how-to and using your favorite NBA players as a reference you will have more than enough to start translating these skills into your own game.

Foundations of the Triple Threat

Finish with your Feet

Ganon Baker is a Nike Skill Development Trainer and Workout Director. He has worked with Kobe Bryant, LeBron James, Amar’e Stoudemire, Chris Paul, Deron Williams, Kyrie Irving, Kevin Durant and Vince Carter. He trains the top 80 boys and girls in the country for Nike Basketball and directs skill academies all over the world, including The Michael Jordan Brand Classics in Europe. In 2008 he was hired as Amare Stoudemire’s Personal Skill Development Coach and has trained over 200 NBA/WNBA players

Baker played for Hampton High School and helped the Crabbers win the 1989 State Championship. Ganon received offers from over 20 Division I schools and chose Duquesne University in 1990. As a freshman starting point guard, Ganon was named to the All-Rookie Team of the Atlantic Ten. He later transferred to UNC-Wilmington where he won the CAA conference’s first Dean Ehler’s Leadership Award. In addition, Ganon played briefly for summer leagues in Austria and France and for many pro-am leagues here in the states. After college, Ganon decided to further his education. While in graduate school, Ganon started his coaching career as a graduate assistant. After receiving his master’s degree, Ganon continued developing his coaching career as an assistant coach for the Belmont Abbey men’s team in North Carolina and for the Coastal Carolina University men’s team in South Carolina.