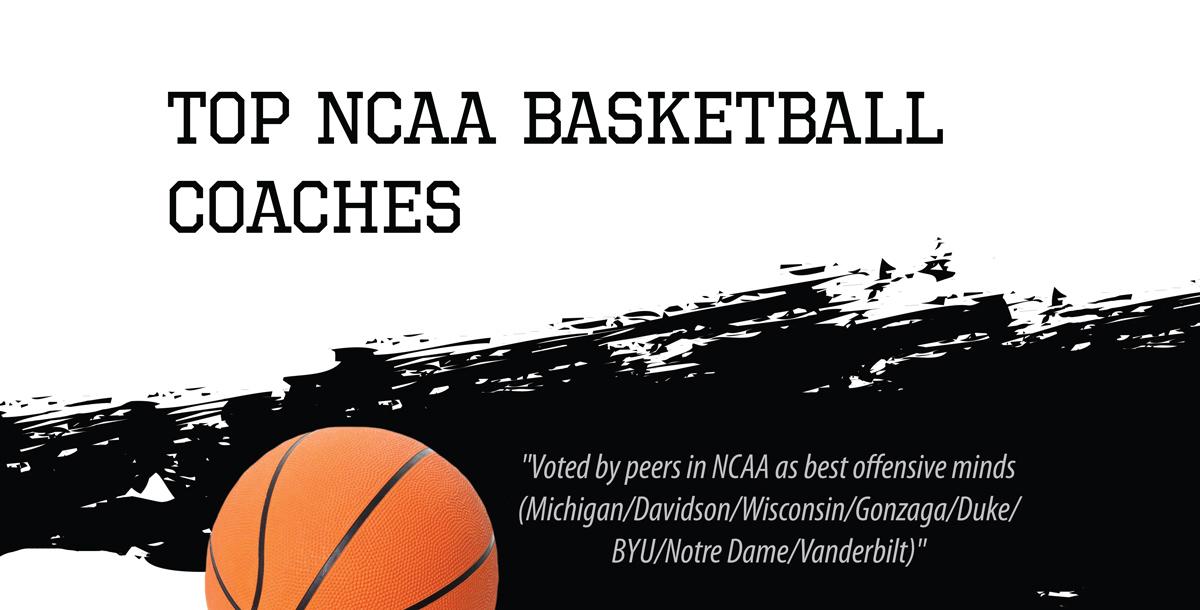 CBS had a poll this past summer of the NCAA Top Basketball Coaches in the college basketball, and it was voted on by their peers. The NCAA Top Basketball Coaches Playbook has over 300 set plays from the top coaches in the NCAA. This playbook comes from that survey, and you will see some unique styles of play where anyone can get something out of this playbook.

The Michigan Wolverines Head Coach John Beilein runs a Princeton-hybrid offense that uses ball screens and great execution of set plays to flow into their motion offense. Coach Beilein’s original ideas along with NBA & NCAA methods allow his teams to flourish in the NCAA Tournament.

Bo Ryan just retired this past year from the Wisconsin Badgers head job, but his team still runs the legendary swing offense that causes the opposition tons of problem. They run their offense and use counters & set plays to mix it up.

Coach Mike Krzyzewski of the Duke Blue Devils is at the top of the list of successful coaches in NCAA Division 1 history. Coach Mike Krzyzewski has also coached the Olympic nation team to a Gold Medal on more than one occasion. Coach K’s ability to adapt to the changing times is what makes him unique. They use a lot of Horns and Elbow actions that you see in the NBA at Duke right now.

Former Vanderbilt Head Coach Kevin Stallings runs a similar style of play like John Beilein. Coach Stallings has taken his different offense to the University of Pittsburgh, and I expect him to do great things there. Coach Stallings does an excellent job of blending and adding counters to his motion offense.

Most coaches run set plays, but some of the best offenses are ones that are random and have no pattern. Davidson’s Bob McKillop and BYU’s Dave Rose run different styles of motion but have similar actions with spacing, dribble hand-offs, and ball screens. Notre Dame’s Mike Brey has his own unique style too. All of the coaches bring something different to the table regarding their offense. You can win basketball games a variety of ways.