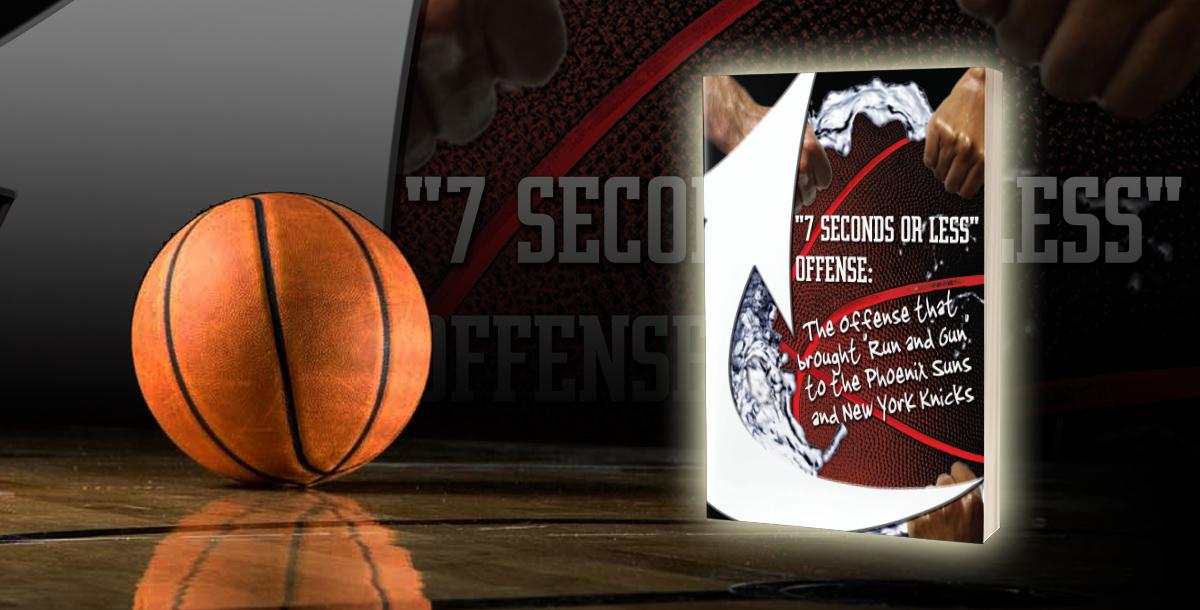 Here is my newest eBook in the Basketball Secrets Unleashed Series: “7 seconds or less” offensive playbook. This offensive playbook consists of the secondary break, quick hitters, and half-court sets that have been developed by the Phoenix Suns and New York Knicks. It has a tremendous wealth of knowledge on how they would play the Run and Gun style that has been bought to Phoenix and New York.

You have to get your players to buy into this up-tempo style. Everyone loves to play up-tempo, but it takes getting your players into tremendous shape. This style of offense will be something that your players can buy into really quickly. It will be great for you, your players, and fans. Administrators want an up-tempo game, because they can sell it better to the fans.

This offensive system comes to New York after helping take the Phoenix Suns to four straight 50-plus win seasons and three Pacific Division Championships. This playbook is the high-octane offensive game that made the Suns one of the most dynamic and crowd-pleasing teams in recent NBA history.

After the Olympics, the Coach of Duke incorporated some of the NBA coach’s innovative offensive techniques to allow Duke to spread the floor and maximize the talent of its wing players, most notably Gerald Henderson and Kyle Singler. You will be able to see this Duke Offense during the next several weeks of March Madness.

SI.com’s Jack McCallum writes that Mike D’Antoni is “the man credited with reinvigorating fast-break basketball in a league gone stale.”